Load data in Microsoft SQL server in just a few clicks. Plus there is no need to create any scripts or learn command line tools just point and click.

BCP is the fastest way of loading data into SQL Server 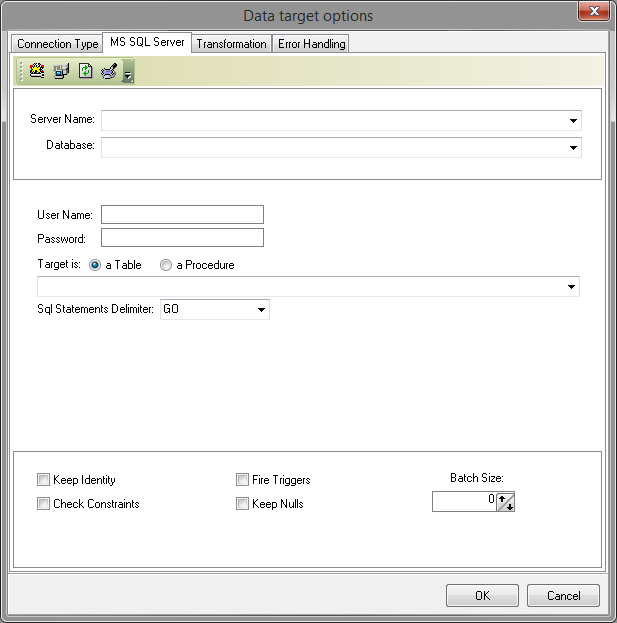 Check constraints
Ensure that any constraints on the destination table are checked during the bulk copy operation. By default, constraints are ignored.

Keep identity
Specify that there are values in the data file for an identity column.

Keep NULLS
Specify that any columns containing a null value should be retained as null values, even if a default value was specified for that column in the destination table.

Batch size
Specify the number of rows in a batch. The default is the entire data file.