A lot of our users ask us how to deal with special characters. for example "End of the line" can be in the middle of notes fields and it has to be deleted or replaced. there are several ways of dealing with it

What is "Escaping strings"?

Escaping a string means to reduce ambiguity in quotes (and other characters) used in that string. For instance, when you're defining a string, you typically surround it in either double quotes or single quotes:

But what if the string had double quotes within it?

Now we have ambiguity - the software doesn't know where my string ends. one solution is to use single quotes around the string:

Or I can escape my quotes:

Any quote that is preceded by a slash is escaped and understood to be part of the value of the string.

In Visual Importer we can use integrated language to correct the data:

Here we can just escape string and replace the data

or we can use replace characters function 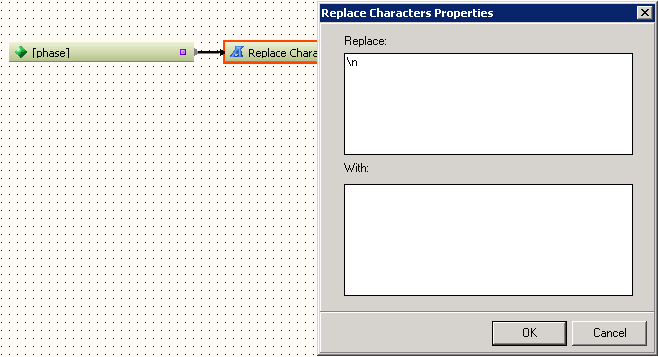