FTP protocol is used daily by most businesses around the world. Our ETL Software makes it easy to automate FTP uploads and downloads.

The users can create and delete directories on the FTP server, delete files, move files and produce a list of files. Here is a basic example of FTP workflow.

We also offer FTP monitor which constantly checks FTP servers for new files arrivals. When a new file is detected it executes a predefined action. 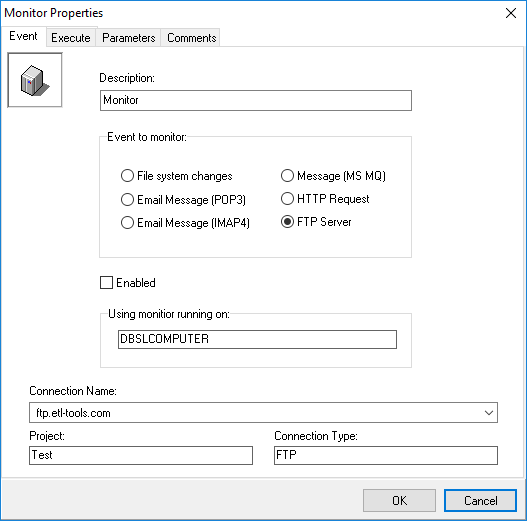 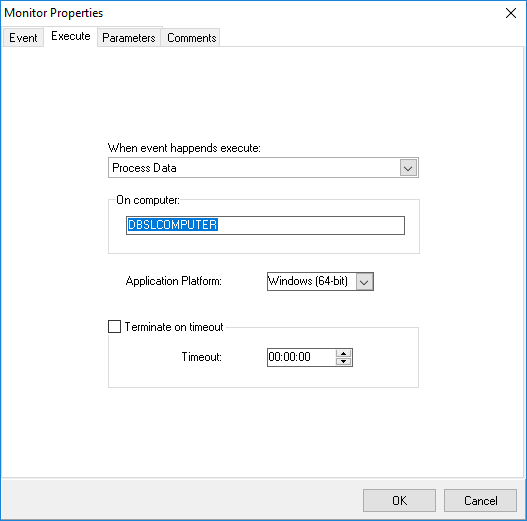 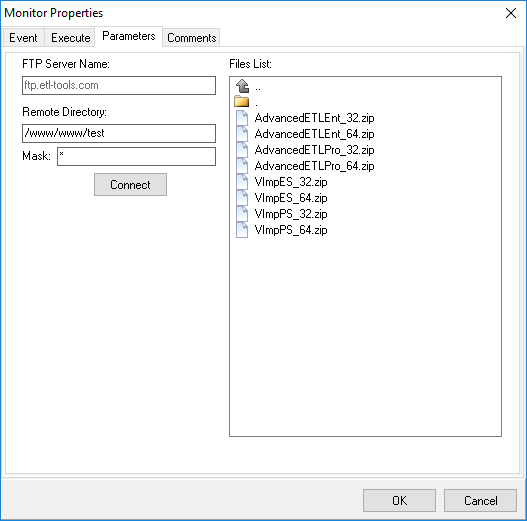 We are constantly working on making our software better. This dialogue is a fully functioning FTP client. It allows the users to see the files on the FTP server. But we did not stop there. The users can also download and upload files, create and delete remote directories. 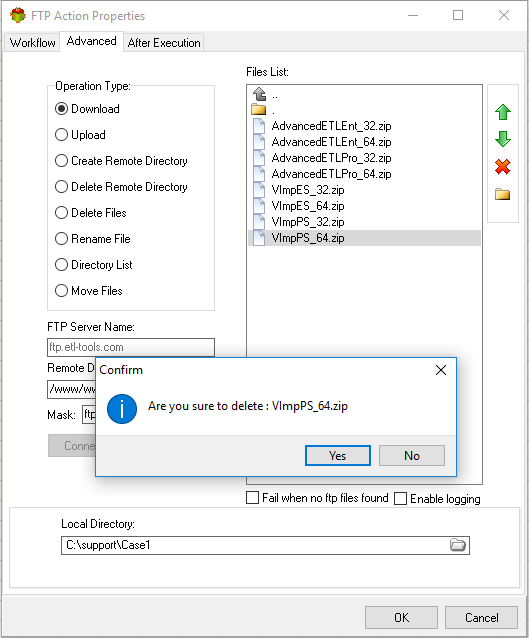 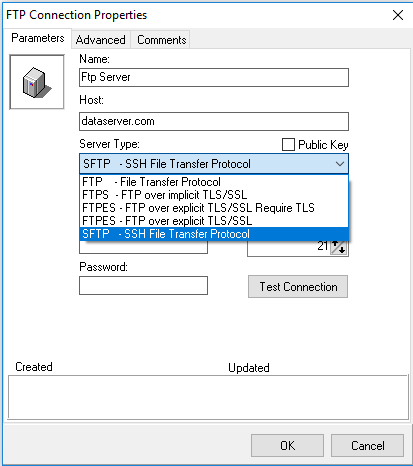 File Transfer Protocol (FTP) is a standard network protocol used to copy a file from one host to another over a TCP/IP-based network, such as the Internet. FTP is built on a client-server architecture and utilizes separate control and data connections between the client and server applications which solves the problem of different end-host configurations (i.e. Operating System, file names). FTP is used with user-based password authentication or with anonymous user access.

The server responds on the control connection with three-digit status codes in ASCII with an optional text message, for example, "200" (or "200 OK.") means that the last command was successful. The numbers represent the code number and the optional text represent explanations (i.e. <OK>) or needed parameters (i.e. <Need account for storing file>). A file transfer in progress over the data connection can be aborted using an interrupt message sent over the control connection.

FTP has no encryption tools meaning all transmissions are in clear text; usernames, passwords, FTP commands and transferred files can be read by anyone sniffing on the network. This is a problem common to many Internet protocol specifications written prior to the creation of SSL, such as HTTP, SMTP and Telnet. The common solution to this problem is to use either SFTP (SSH File Transfer Protocol) or FTPS (FTP over SSL), which adds SSL or TLS encryption to FTP.

A host that provides an FTP service may additionally provide anonymous FTP access. Users typically log in to the service with an 'anonymous' account when prompted for a username. Although users are commonly asked to send their email address in lieu of a password, no verification is actually performed on the supplied data.